Women Around The World: Anita Pijpelink 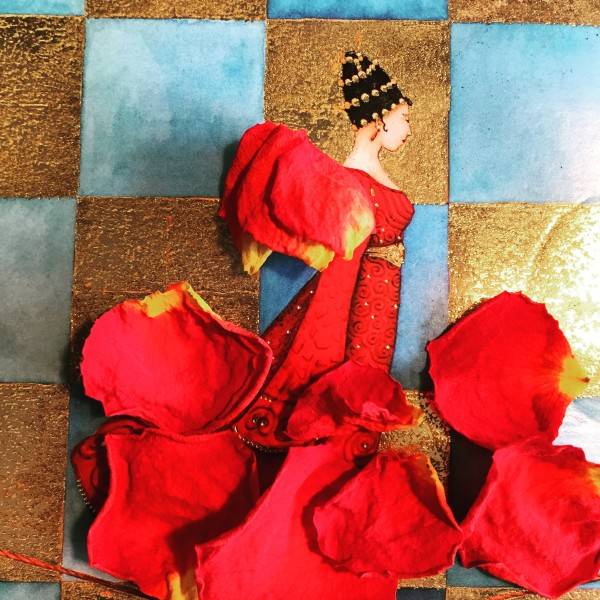 The voice of Anita Pijpelink

Anita Pijpelink is Political Executive in the Province of Zeeland, The Netherlands and representative of the Social Democratic Party. In this context she represents the domain of culture, water, nature, climate strategy and international collaboration.

Previous to the political function she worked for more than twenty years in leading roles in the educational sector after having studied history. She is a mother of three adolescent children and married.

This interview was taken by leadership coach, host and writer Cécile Masson on 22 April and is in Dutch.

Working mostly from home in lock-down the Corona virus makes Anita realise that the roles she fulfils are not that sharply defined anymore and separated. She walks out of her office and meets her children that ask her to be present as a mother for a cup a tea and half an hour later she is back in a strategic meeting with her colleagues. The roles are melting into each and are closely interlinked.

Corona gives her the chance to rest and rethink in how we live our lives, as consumers, as tourists, as people.

To her it doesn’t seem wise to go back to how we always did things once this lock-down is over and she would like to take the opportunity to create something better more balanced and more beautiful.

Questions that are important to her are:

What are the requests we have on life as an individual, consumer, and tourist and in other roles?
Where does our food come from?
How was it produced and under what kind of circumstances?
Is it good for the people that produce the food but also for her as a consumer on the other side of the world?
Is it normal that we eat strawberries at Christmas?
Does all the food supply need to come from the other side of the world or can it come more from your own regions?
What would that mean for our interaction with nature in our own environment?
Creating a healthy balance between economy, social welfare and the natural environment in which we as humans reside starts with the insight that we humans do not have infinite control over nature. History tells us that as mankind (hunters and collectors) we try to gain control over nature, especially in the western world. We put ourselves like the Sun King Louis XIV, in the centre of everything. We thought that we could prevent natural disasters and that we are in control. This crisis shows that if we continue to do this it can turn against us and that it is happening right now. This crisis shows that this was a deceptive way of thinking, creating a fake sense of safety.

It is a question of awareness and the government has an important role to play. We have to think carefully about the natural conditions in which we as humans have a future, for the earth to have a future. Which means that nature should be in a healthy state, that there is enough fresh water, food etc. for everyone, the quality of the air where citizens live in and breath, good. This demands something from each of us especially our behaviour as a consumer and consumer society generally.

Anita sees it as her job to start another type of conversation. She obviously understand the first tendency to help minimize economical damage, also in the cultural sector, by giving the necessary financial support to keep companies from falling over so that people have a job to go to.

Yet at the same time we should also put some energy and money into reflecting how we want to proceed.

Do we dare making difficult choices, which are very necessary for the future of this planet?
Do we dare making drastic choices by looking, for example, at our industry, traffic, aviation, and shipping and intensive livestock farms not to speak of our own consuming?
On the one hand we need to focus more on the local economy and culture: the people, the organizations, the companies, and nature. And Corona yet makes us go back to strict country boarders (in this case between Belgian Flanders and Zeeland Flanders) and that was a painful situation.

Yet on the other hand the digital contact with a number of fellow administrators, such as the Provincial Political Executive of the province of East Flanders in Belgium shows that personal contact is essential. Borders or treaties do not form Europe. It is the people, the relationships between the people that shape this, starting with prime ministers, various ministers, regional political leaders and the civil servants and all the economic traffic that shape us.

If we continue to invest in this and that is more necessary than ever, I have confidence, provided that we want to show solidarity and walk our talk with regards to the treaties we signed. In other words: collective action is needed and helping the other persons is necessary, if they are faced with even greater concerns. It is about people-to-people contact and the sincere intention to help each other and not only within the Netherlands.

These are not normal times, it asks a lot from leaders yet there is also a collective responsibility on local and international level.